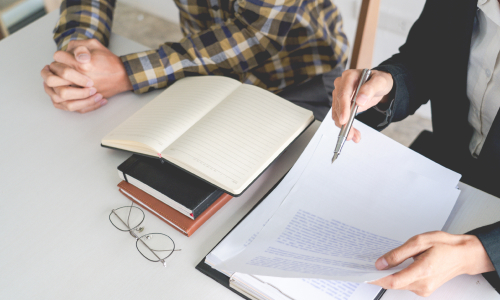 Under U.S. law, any person who establishes that he or she has a real fear of returning to his or her country may apply for asylum.

There are two ways to apply for asylum

A person who is not in court may file an asylum application with the immigration agency. To do this, the person must be physically present in the United States.

The first step is to file the asylum application with the agency and provide evidence showing that he or she has been persecuted in the past or is at risk of persecution if returned to his or her home country. The person will be scheduled for an interview before an asylum officer.

Defensive asylum occurs when a person is before an immigration court and applies for asylum as a defense to removal proceedings. The asylum application will be heard by an immigration judge who will independently evaluate the case. To win asylum, the person must provide evidence showing that he or she has been persecuted in the past or is at risk of persecution if returned to his or her home country.

A person who wins an asylum case has the right to remain and work legally in the United States. One year after winning their asylum case, they may apply for permanent residence.

If the judge denies asylum, he or she will issue an order of removal/removal. Prior to deportation, the individual will have the opportunity to appeal the judge’s negative decision to the Board of Appeals (BIA).

The U.S. immigration system is very complex and poses serious challenges for asylum seekers. If you are considering applying for asylum, it is critical to contact an experienced immigration attorney to guide you through the process. This could be the difference between staying in the United States or being deported.

Citizen of the World
meet mayrise
reach out to us
don’t stress.
send us a message

Disclaimer: The content on this website is general information for instructional purposes only. It is not a substitute for personalized legal advice. Nothing in the website is intended to create an attorney-client relationship or attorney-client privilege, nor to maintain confidentiality between anyone using this website or DeLaTorre Law PLLC.